Allen Sportswear is proud to be the Official Team Uniform Partner of the University of Central Florida (UCF) Intramural Flag Football Team.† They were one of the first to wear our sleeveless flag football jersey designs launched in 2008 and with their elite play and national recognition has escalated the demand to a whole new level for these championship quality jerseys.They did not just look great in their Vegas Gold and Black home and away uniforms,†they dominated the competition to match, exemplified by their 2009 championship title.† Keep your eyes peeled for new flag football designs coming your way! 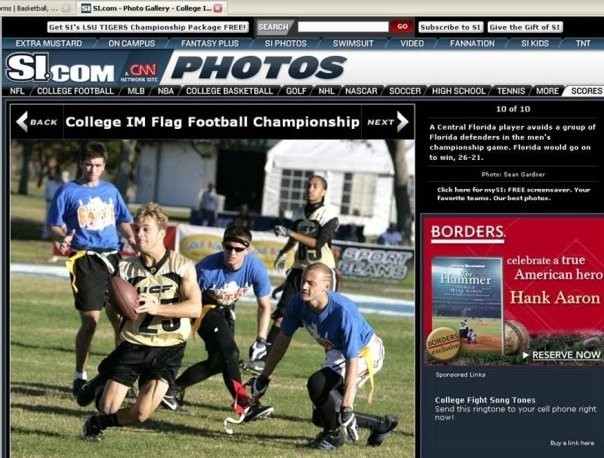