In this world there seems to be two kinds of people, one of them says “The clothes make the man” because people will judge you according to the the way you dress. Then there are some that say “It’s the man that makes the clothes”. So which one is right?To look at this topic objectively I will focus on what I know best, sports! Growing up I played on a lot of football, baseball and basketball teams, so I will take from my own experience in answering this. I have two examples that come to mind that I will break down, one football and one basketball.In high school I had the misfortune of playing for two different high schools. I say misfortune because some coaches tend to show favoritism to athletes that grow up in their system over transfers unless you are highly talented, which I wasn’t. Getting back to the subject at hand, the first school I played for was in a wealthy area called Dana Point. Dana Hills High was a great school and every kid there seemed to drive a Porsche or BMW to school but for some reason we had the ugliest screen print hand me down jerseys you ever laid eyes on. It’s shocking when you look at the stadium and it’s as nice as many small colleges but I guess the AD didn’t have looking decent on top of his priorities. Our team was fairly decent since we finished off the year with 6 wins. I felt that the mentality at the school back then was that Football wasn’t important and the program reflected it. Poor attendance, years of mediocrity, and little school pride when it came to the team.A few years later I transferred to a school called the Vista High. This School was not in an affluent neighborhood but the Panthers football program was rich in tradition and winning. On the walls were all the player names that had gone on to college and even the NFL. The lockers rooms and weight room were old and run down, but the stadium was always packed and we always looked good on Friday. They were not the greatest uniforms ever made, but they practically screamed intimidation with the red, black and white and when we walked on the field we knew the other team was worried. We had confidence in how we looked and we played accordingly. My Junior year we went 13-0 before finally losing the Championship game. I wish I could take credit for many of the victories but was I just a bench warmer that year (remember when I said misfortune?) Anyway,even if I was watching the majority of the games from the sidelines, I still felt pride wearing that uniform and running out on the field.Years later I got into playing competitive basketball in rec leagues to keep in shape and have some fun. When I first joined the team we were the laughing stock of the league and we looked the part. Our team was located in the SF Bay Area so we called ourselves “THE CITY”. This team was full of ex and current college and pro athletes so it was not lacking for talent, but our uniforms looked like someone picked them up during a blue light special over at K-Mart. They were all forest green dazzle jerseys that could not have been uglier if we left them in the sewage for a week. We went on to win about half our games and missed the playoffs.About 6 months later, one of the guys asked my wife and I if we could get uniforms this time and we happily said we would. (This just happens to be how Allen Sportswear started :)) So Tina and I outsourced the most amazing uniforms I ever had the privilege of wearing at that point in my life. They looked exactly like Michigan State’s uniforms at the time except they still said “The City”. When I brought the uniforms to practice everyone was blown away and the play reflected it. No longer were we the Charlie Browns of the league cause we ended up winning the whole thing. Same players, different attitude, better results.Obviously, you can have the best uniforms in the league but without talent, discipline and team work, the uniforms can only get you so far. But all things considered, do the clothes make the man or does the man make the clothes? In my experience, clothes make a lot more difference than many people believe. 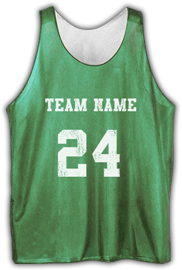 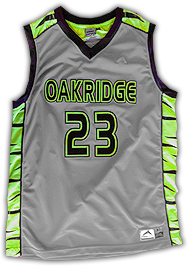